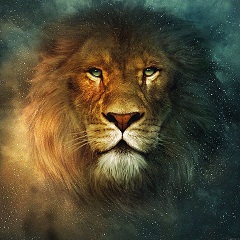 People who used to speculate a great deal on the significance of 12-21-2012 - the end of the current baktun of the Mayan long-count calendar, Timewave Zero, the galactic alignment, the very hopeful Hopi-Tibetan prophecy, and, some say, the end of the Kali Yuga - have been strangely silent on the subject for at least three months. This silence is probably because we know that all bets are off, and thus are subconsciously freaked out about its unkown nature, to greater or lesser extents. I realize that the date is questionable, because of differing ways in which the Mayan calendar is interpreted, how it correlates with our various calendars of European origin, what “galactic alignment” actually means, and how long it may take to come about. Nevertheless, I am approaching the date seriously, even though there is much about it I do not understand (most of it), and am simply unable understand at this time.

To me it seems ill-advised to be dismissive of it with pat responses such as, “Just like that Y2K thing – damn nonsense!” At the same time it might be premature to proclaim it as to be one thing or another with: “The Earth will be destroyed,” or “We shall awaken in Utopia as beings of light” (although the latter has personal attraction to me and describes the nature of my chosen life-work).

Because I had a part to play in the 1987 Harmonic Convergence, a forerunner of the upcoming moment, I know that I must be available for whatever may be going on around December 21. Selena Fox, the person responsible for getting the State Department to put pentagrams on the tombs of pagan soldiers, is taking what I consider to be a sensible attitude about it: first, she is celebrating the Winter Solstice, for that is indeed what the date is; second, she is honoring the Maya people by focusing on ideas of renewal as depicted in their calendrical system – a focus that ties in with the meaning of the solstice. I have decided to follow Selena's lead by making it my own starting point.

I am also, in preparation, fasting, and taking part in a sacred plant-ritual. Then, over a period of three days on either side of the date, Judy and I will be meditating in an isolated, snow-bound place without plumbing or the presence of electromagnetic waves. It would be fun to attend a rave and dance all night with fellow celebrants, but we feel drawn to do this other thing.

My guidance is to not take 12-21-2012 for granted, to have an open mind, and be present. 2012 has been the best year of my life. This is the year I became a human being. I discovered my self – lost since age eight – and, as a result, my mind is sharp for the first time in 44 years, and my whole/parts are working together harmoniously. It has been the most productive year ever for me in terms of creativity. For example, I was guided, like the Richard Dreyfus character in “Close Encounters,” to manifest in a feverish manner several non-ordinary projects, and to fill many notebooks with essays, stories, and ideas.

When Selena Fox remarked that 12-21-2012 is in part what we make of it, I flashed that this awakening in me has been the event itself already in operation – that I have been caught up in the transformation for most of a year.

I am, at your service,
Dave Pierce, Citizen of the Nousphere
Posted by David Pierce at 1:04 PM

Living with Grief: 36 Lessons from Life
Living with Grief is a safe and caring literary environment in which many authors, who have experienced grief from many types of loss, share intense personal experiences. It is also a place in which you may safely immerse yourself in experiences of others that can be painful, but also comforting and nurturing, and emerge at the end intact, and possibly with an enlarged sense of the varieties of grieving experiences, as well as an enhanced ability to consider the facts of life known as death and grief. You may also come through the book with the knowledge that it is possible to live with grief, if you should care to. Inspiration exists here in case you ever require it to make your own journeys of discovery into grief and mourning.